Early recognitions as well as behavioral, family & educational therapies may reduce the symptoms & support development with learning. From the early birth to 3 years of age, it is quite possible to reduce the effect of this disorder. Very few research studies have explained about the causes & effect of ASD, i.e. there are mainly three factors by which children are getting mostly affected, such factors are; environmental, biological & genetic factors. Most of the scientists believe that genes are the main impact factor of causing ASD in people. There is 90% chance that people having certain genetic or chromosomal conditions like fragile X-syndrome or tuberous sclerosis might be affected with ASD. Drugs like valproic acid and thalidomide, which are taken by the women during pregnancy, have been linked with a higher risk of ASD. It has been found that there exists a critical condition of getting affected with ASD before, during & after immediate birth of a child. Children born from older parents have a high risk of getting affected with ASD.

ASD continues to be an important public health concern & continuous increase in this disorder is now a big headache for the scientists as there are no medications still discovered to treat this disease. It is a urgent need to gather global psychiatrists, Doctors, professors, Medical professionals, Neurospecialists, Scientists, academic researchers, scholars & business personal to innovate a genuine solution to get of ASD.

Importance of Nutrition in Brain development 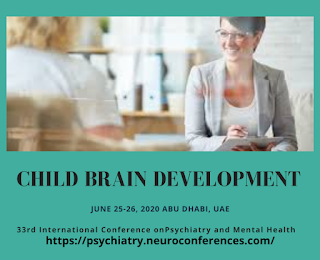